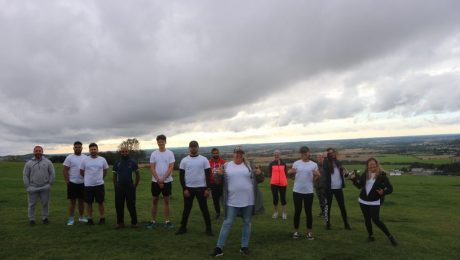 Caseworkers from The Domestic Abuse Alliance (DA Alliance) put down their files, headsets, and notepads at five o’clock on Thursday evening to support an important domestic abuse charity

04 September 2020- The DA Alliance has so far raised over £1000 for Standing Together Against Domestic Violence to support their vital work in keeping victims of domestic abuse safe.

During lockdown cases of domestic violence have risen leaving charities such as Standing Together Against Domestic Violence to mount their best efforts to help victims however they can. The DA Alliance is focused on spreading awareness and creating solutions to tackle domestic abuse around Bedfordshire, Hertfordshire, and Cambridgeshire. They have worked with the White Ribbon Campaign and Safer Lives, and this week launched a partnership with Cambridgeshire Constabulary.

Sahiel Shoeb, Director of Operations and one of the figureheads behind the DA Alliance said: “In the world we live in at the moment, it’s imperative to give the most vulnerable a lifeline to the outside world. By doing so we can change the circumstances for vulnerable victims of domestic abuse.”

Speaking on the day Lorraine said: “It was brilliant for all of us to get together in this beautiful stunning environment with the Domestic Abuse Alliance. Domestic Abuse is a cause that’s close to my heart, we need to come together and say no to domestic violence.”