St Albans lights up to say “No” to violence against women 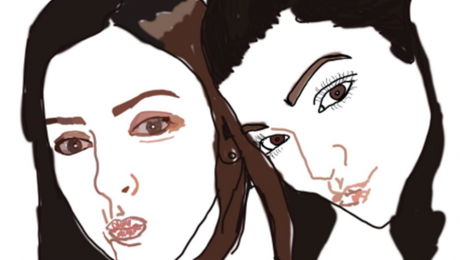 St Albans Clock Tower will light up on Thursday 25 November to mark the UK’s White Ribbon Day and the start of a global campaign; the United Nations 16 Days of Activism to End Violence Against Women.

A White Ribbon will be projected onto St Albans’ Clock Tower between 16:30 and 22:00 to send a clear message that violence against women and girls must end.

“We are proud to be an accredited supporter of White Ribbon UK and we are asking people in their communities, organisations and workplaces to come together and say ‘no’ to violence against women, on 25 November and every day”, said Razi Hassan, Director of Communication and Partnerships, DA Alliance.

“As well as displaying a White Ribbon on the Clock Tower, which is a focal point in the city, we are projecting a series of very poignant portraits drawn by artist Holly Ringrose”, Hassan continued.

“Holly has created unfinished portraits of women who have been killed by their partners, drawing each woman for one minute for every year of their life. The unfinished portraits represent the lives that were tragically cut short by abuse. A permanent display of Holly’s portraits will be installed in our office to remind colleagues how vital the support we provide is to those experiencing domestic abuse”, added Hassan.

“I was inspired by the work of U.S. artist Adrian Brandon, who created a series of unfinished portraits of Black people killed by police in a project called “Stolen” that attracted global attention last year following the death of George Floyd”, said artist Holly Ringrose.

“I want to show that it can happen to anyone – it doesn’t matter how old you are, where you come from, your race, ethnicity or economic background. Domestic abuse is still quite taboo. People think it’s none of their business, but girls and women are losing their lives. We need to speak about it. People forget that domestic abuse is also a pandemic. The first lockdown was catastrophic for so many women. I hope the drawings will make people more aware of what goes on behind closed doors and encourage them to help those who may be experiencing abuse.”

A spokesperson for White Ribbon UK said: “In March 2021, the murder of Sarah Everard brought women’s experience of men’s violence to the forefront of everyone’s minds. #AllMenCan is our leading message this year. It has opened up so many conversations about men taking action and making a stand.  As we move towards the end of the year we want as many men as possible to think carefully and make the White Ribbon Promise to never commit, excuse or remain silent about male violence against women.”

Pictured: This is Giselle Marmon-Herrera (age 37) and her daughter Allison (age 15). Giselle was strangled to death by her partner who then raped and strangled Allison to death, before committing a final act of control and killing himself. Giselle’s sister had said that Giselle wanted to end the relationship due to being controlled. Giselle and Allison’s family describe their loss as devastating and they appeal to anyone at risk of domestic abuse to seek help.

Violence against women and girls – the facts

NSPCC (2011) Child abuse and neglect in the UK today; Research into the prevalence of child maltreatment in the United Kingdom

The workplace impacts of domestic violence and abuse – report by KPMG for Vodafone, July 2019