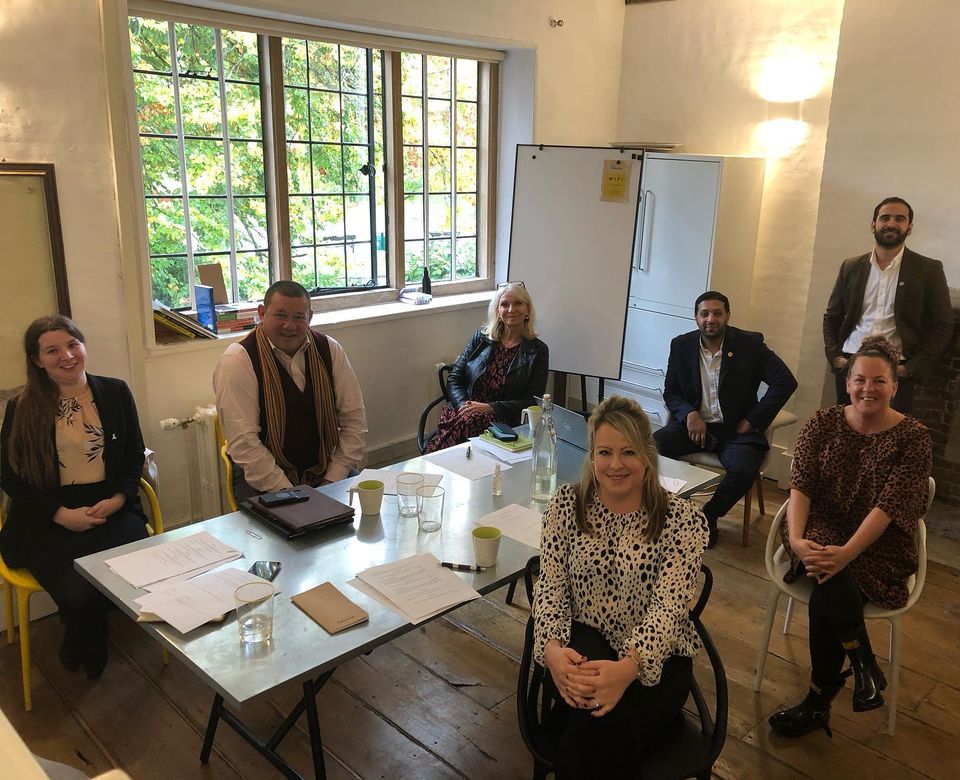 Yesterday, the Domestic Abuse Alliance met with some of its supporters including their Ambassador Lorraine Stanley to discuss producing a short film around domestic abuse. Chris Luff MBE was there to consult on the meeting held in Harpenden, giving his wise insight. There was a reading of a prospective script written by Domestic Abuse Alliance’s Emily Norris, Lorraine’s performance of which moved the room significantly. Domestic Abuse Alliance are now trying to garner support for this project to be able to gather a crew and the equipment to make the film a reality.  The discussions stretched the whole morning including casting, gathering a crew and financial support.